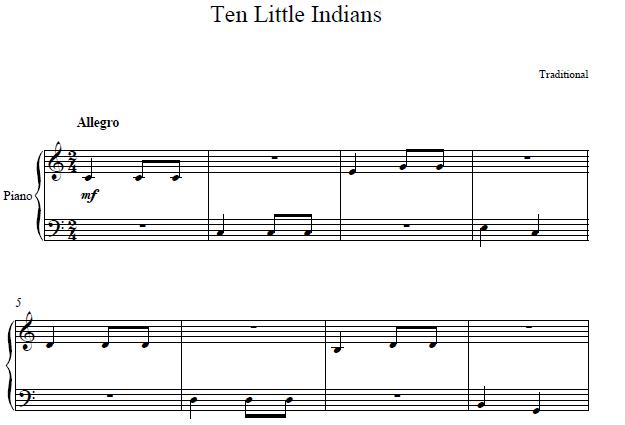 If you enjoy Ten Little Indian piano, you will enjoy our other easy piano sheet music as well as online piano lessons and piano tutorial.