The following video lesson shows you how to build or construct a piano chord using a few formulas. You no longer need to memorize the structure of each piano chord. All you need to know is the formula associated with each type of chords. We will discuss major chord, minor chord, diminished chord and augmented chord in this lesson.

How to build a piano chord?

To Build a Piano Chord by Using Semitones

A semitone (also called the half step) is the smallest possible distance on a piano/keyboard. For example: C to Db is a semitone. D to Eb is also a semitone.

Major chord can also be called the pleasant or happy chord.

For example:
To build a C major chord on a piano, you will use the C note, the E note and the G note. 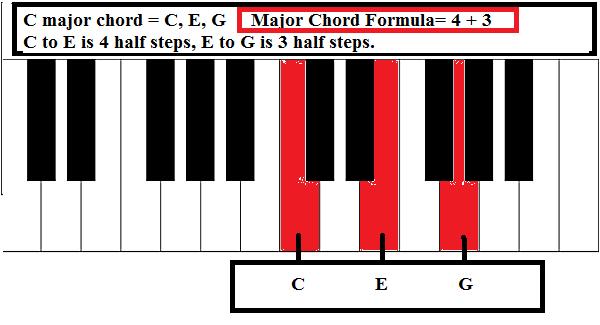 This formula is the opposite of a major chord's. Using the formula, we can construct/form any minor chord easily. The minor chord can be called the "moody" chord or the sad chord. 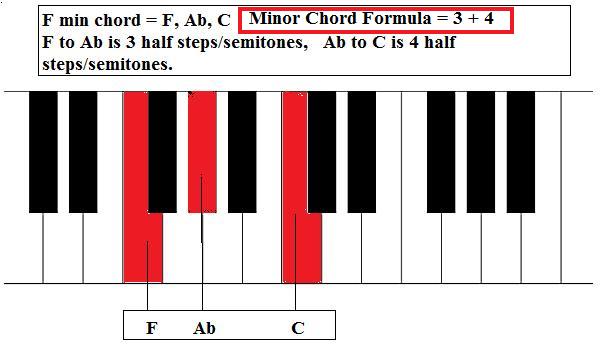 As mentioned, this chord is used sparingly. The main reason is because this chord sounds unstable. It's transitional and needs to be resolved to a major/minor chord after it's used. The diminished chord can be called the "suspense" chord. 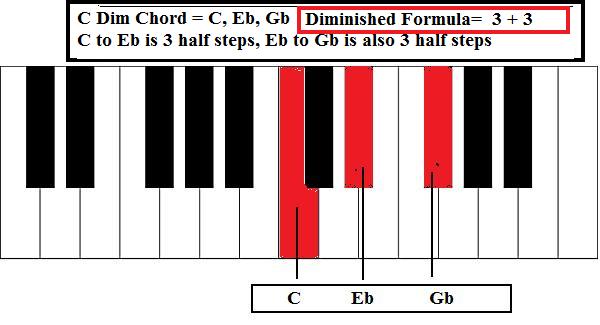 The augmented chord is similar to the diminished chord. It serves as a passing chord. When used appropriately, it will make the piano music sounds spectacular. 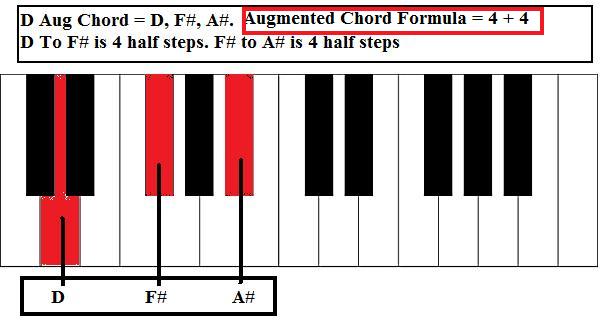 I suggest you try out these chords and hear for yourself the different flavors associated with each chord. After some testing you will soon be able to identify each type of chords you come across.

We highly recommend you sign up for the free newsletters (scroll up to the left column and enter your first name and email address and click Sign Me Up).

Here are a few topics that we cover in the free weekly newsletters: 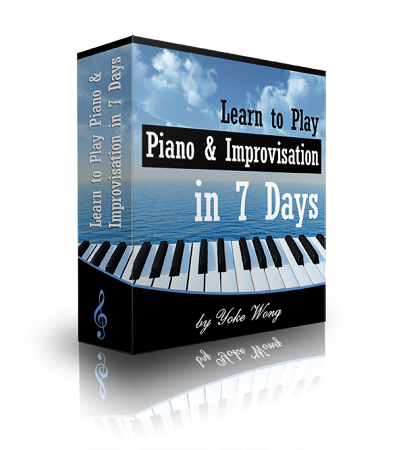