How to use a color chord for an introduction?

I have recently arranged and composed a simple melody by using a powerful chord technique - Adding a color tone to a broken chord.

You are probably not too crazy about this color chord. Do you know that many musical styles came out of this color tone? Country Western Style, New Age music, Evangelistic style...etc, you name it.

We are only scratching the surface on this color tone in this free piano lesson newsletter.

I will use this chord as an example to show what you can do in the opening part of any piano music. Take a look at the music notes. 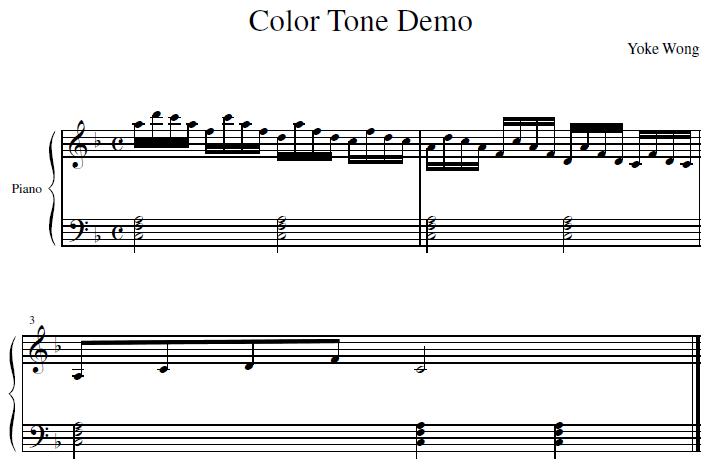 Now, assume we are not very efficient at sight reading. All these sixteenth notes will give you a headache. The technique I used here is to break apart the F maj 6 chord in certain combinations. I chose ADCA as a starting point and rolled down to FCAF, DAFD, ....etc. Guess what? They all belong to FACD (F maj 6 chord).

The trick is to use the same beginning and final notes in every beat. Within the same beat I am using any of the other three notes that belong to the F maj6 chord. Get the drift?

Now you really don't need to be a super sight reader to play this music. In fact you don't even need to look at the sheet music to play the beginning of the song if you know the rule I am using. Practice this technique, and apply this trick to the beginning of any song.

Can this technique be used only in the introduction? Of course not, you can use it every time there are long measures. That is how people improvise. You are actually learning to improvise as well as arrange music

Also, don't just practice this chord on F major, go ahead and get familiar with C maj 6, D maj 6, G maj 6.... etc. You will not regret the exercise you are doing now. To add the sixth note to the triad, you only need to know the notes of the major scale.